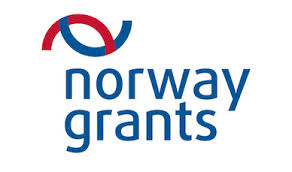 Measures ongoing and supervised by  the Foreigners Department of BGHQ.

On 06 Feb. 2014, at the meeting of the Interdepartmental Team for the Schengen Fund, the Norwegian Financial Mechanism, the European Refugee Fund, the External Borders Fund and the Return Fund, acting as the Committee for Project Selection under PL 15 Program  named ‘Schengen Cooperation and Combating Cross-border and Organised Crime, including Trafficking and Itinerant Criminal Groups’ the Project launched by the Foreigners Department of BGHQ.

No. 26 / NMF PL15 / 14 ‘Strengthening the competence and qualifications of public service within the area of migration and asylum including counteracting irregular migration’  was adopted for implementation  with a total value 1 809 000 PLN - where co-finance amounts 85 %,  i.e. 1 537 650 PLN.

The project aims to increase the capacity of the public service in combat illegal migration and to enforce  institutional cooperation in the area of migration and asylum, with particular emphasis on vulnerable groups. All measures are oriented on BG staff, The Office for Foreigners and Province offices in order to embrace a common system of training which leads to a coherent migration policy.

The project  is implemented in cooperation with the Office for Foreigners and the Norwegian Party - The Norwegian Directorate of Immigration (UDI).

• Training and workshops for employees and officers of BG , employees of Office for Foreigners and Province offices

• Study visits to Germany and Norway